Where: Turning Pointe Dance Academy 7380 Coca Cola Dr., Suite 118 Hanover, MD 21076 What: Each level will have one 90 minute contemporary class with Huggins and one 90 minute ballet class with Graves each day Ages: 7-10 | 11-adult

LORRAINE ELIZABETH GRAVES was born in Norfolk, Va., and began her classical training at the Academy of the Norfolk Ballet under the direction of the late Gene Hammett. She was later awarded full scholarships to the School of American Ballet and the American Ballet Center. She attended Indiana University at Bloomington, where she completed a four-year program in three years, earning a bachelor’s degree in ballet with distinction.Graves began her career with the Dance Theatre of Harlem (DTH) and rose to the rank of principal dancer within one year. Three years later, she became ballet mistress, in addition to her duties as a dancer. Her performance credits with DTH include Giselle, Firebird, Footprints Dressed in Red, The River, Toccata E Due Canzoni, Etosha, Serenade, The Four Temperaments, Agon, Allegro Brillante, and the role of the siren in George Balanchine’s The Prodigal Son. She also had leading roles in Frederic Franklin’s production of Pas de Dix, Prince Igor, and Scheherazade, and Arthur Mitchell’s Rhythmetron, Holberg Suite and Fete Noire.

Television credits include the role of Myrta in NBC’s airing of Dance Theatre of Harlem’s Creole Giselle; the Princess of Unreal Beauty in the PBS production of John Taras’ The Firebird; and the closing ceremonies of the 1984 Summer Olympics in Los Angeles. Graves’ guest appearances include performances with the Detroit Symphony Orchestra, New York Philharmonic’s Young People’s Concert Series, The Norfolk Civic Ballet, The River City Ballet, The Northwest Florida Ballet, and the Virginia Ballet Theatre during the 1996 International Azalea Festival and Dance Theatre of Harlem’s 30th Anniversary Celebration at New York’s City Center.

She is an invited guest teacher for the Alvin Ailey American Dance Theatre and also is lead adjudicator for the West Virginia Dance Festival. The chairwoman of the Norfolk Commission on the Arts and Humanities also is a member of the Mayor’s Downtown Task Force; Links, Inc.; and the Todd Rosenlieb Dance Company Board, and is listed in Who’s Who in America, Who’s Who in Entertainment, Who’s Who Among Women, and Marquis’ Who’s Who.

Christopher L. Huggins is a former soloist of the renowned Alvin Ailey American Dance Theater and Aterballetto of Reggio Emilia, Italy. Originally from Boston, Massachusetts, Huggins trained under the tutelage of Andrea H. Major, the late Danny Sloan, and Martha Armstrong Gray. He attended State University of New York at Purchase, the Juilliard School at Lincoln Center, and was a fellowship scholar at the Ailey School.

As a master teacher and choreographer, he works in Italy, France, Norway, U.K., Switzerland, Slovenia, Austria, Japan, Korea, Jamaica, South Africa, and throughout the United States. Mr. Huggins has served as Adjunct Professor of Dance at University for the Arts in Philadelphia and Ailey/Fordham in New York City. He has taught countless master classes and workshops at several universities and dance institutions.

Mr. Huggins is a two time recipient of the 'Alvin Ailey Award' for Best Choreography from the Black Theater Alliance in Chicago for his works 'Enemy Behind the Gates' for Philadanco and 'Pyrokinesis' for Gus Giordano Dance Chicago. Huggins is a silver medalist winner from the 3rd International Contemporary Dance Competition in Seoul, Korea, was named '25 Choreographers to Watch' by NPR and was the sole choreographer in 2008 for the Alvin Ailey American Dance Theater's Opening Night Gala for their 50th Anniversary Celebration.

A New Message re: COVID 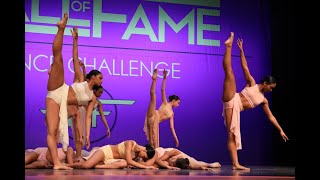